Back to all posts

Everything's all blurry and liquid looking, and I can feel a slick bead of blood trickle down my neck and then soak into the collar of my shirt. I hear the window open up above me and instinctively put my hands up in front of my face in preparation for another shot, squeezing my eyes tight and pushing the tears out to go and mingle with the blood.

“Hey man, sorry about that. Lots of weird stuff goin' on. You can't just go bangin' on windows without a heads-up. What are you doin' down there?

“I came to get you” My vision was starting to clear. “My dad's all weird. My mom's missing. Your dad's all weird, and so are most the other grown-ups around here. We've gotta do something. We need to get to The Fort”.

He threw his BB gun down to me and then disappeared back into his room. A moment later I saw one of his lanky legs slink out the window, followed by the rest of him. He had another gun in his hand, and a backpack and pair of binoculars slung across his shoulder.

“Here, catch this one too.” He threw it down. It was a .22. We weren't usually allowed to play with that one. He slithered down the tree. We had a pretty well worn path of branches we used, minus a couple I had just knocked down on my fall.

I punched Fred in the shoulder.

“Hey” he said, rubbing where I'd hit him, “I said I was sorry. Dang. It's just I was freaked out, man. People been walkin' around all crazy lately. Starin' in windows and doin' who knows what.”

“I think you took a chunk of my ear off” I said, as I test the pain with a pinch. It's not too bad.

“Eww, gross. Yeah, I guess I did. it looks kinda cool though” he laughed.

We skulk across the neighborhood, hiding behind sheds and bushes, even though there was no one to be seen. The Fort was in the backyard of the old Munstin house. They were away most of the year, which made it a great place to go unnoticed. There's a trampoline in the backyard that has the ground dug out underneath, so it can sit at ground level; the backside of their yard slopes down where the trampoline ends, and it makes sort of a cave entrance to underneath it. The best part is you can't see the entrance from the house, or the street, plus, the Munstin's are pretty much never home. The bad part is that their yard backs up to the woods. 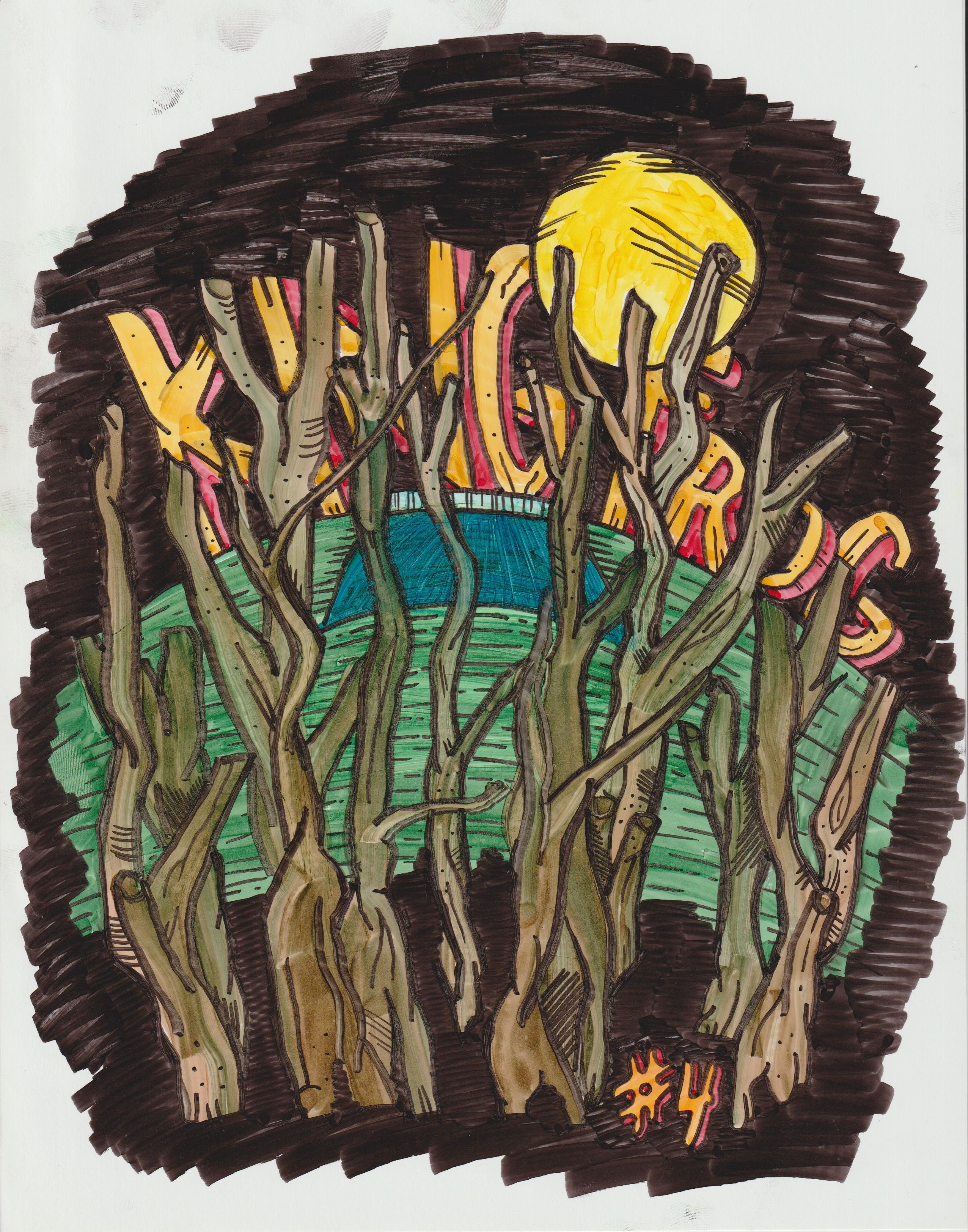