Back to all posts

The neighborhood adults have been acting strange lately. They've been disappearing for a few days at a time, and when they return, they're different. They don't talk much, just grunt, or croak once in a while, and they shuffle around slowly, if they move at all. Mostly they just sit around and watch TV with vacant, milky eyes. My friend Fred's dad has been sitting in his old armchair for two days. Mine didn't come home yesterday.

It's 3 am, I can't sleep. There's a humming sound in the air. I pull up the shade to my bedroom window and look out into the night. The glow of television sets illuminate from many of the houses. They give off just enough light to see the outline of a figure slowly walking down the street toward the dead-end, towards the woods. I squint to get a better look, but hear a noise close-by and suddenly there's a face staring back at me from outside. I fall back and take the window shade with me as I hit the floor. It's my dad. His eyes look dead as he just stares in the window. I hear him crunch through the bushes outside as he makes his way to the front door. He comes in the house and walks to my room. My door is shut. He just stands there in front of it. I can see the shadow of his feet filtering through the light at the crack between the carpet and the bottom of the door. I'm frozen. Silent, but my heart is pounding so hard that it must be loud enough to shake the walls down. My dad turns around, slowly, and shuffles to the living room. He sits down and turns the TV on. 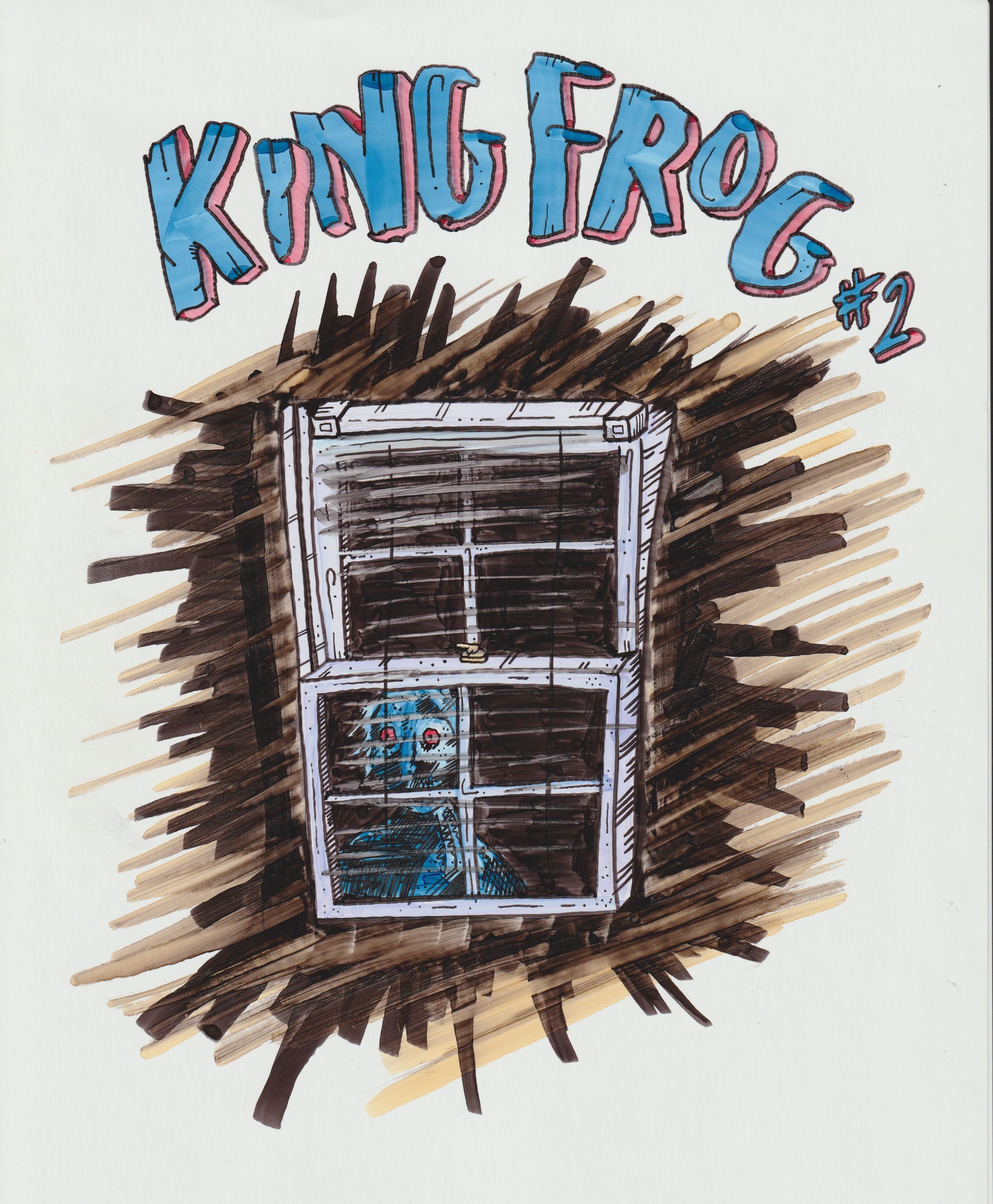